Low response rates are an on-going issue within the research sector. Free survey platforms like SurveyMonkey has resulted in a massive proliferation of surveys meaning you’re competing for the increasingly limited time and attention of your desired respondent.

In part 1 I looked at time, complexity and trust. In this post, I look at the following three psychological elements and how you can use them to help maximise your survey response rates:

One of the key ways of increasing your response rate is by using social exchange theory. Social exchange theory comes from social psychology and argues that individuals subconsciously weigh up what the cost of an interaction will be and what benefits they will receive from the interaction. The higher the benefits to the respondent the more likely they are to complete the survey. 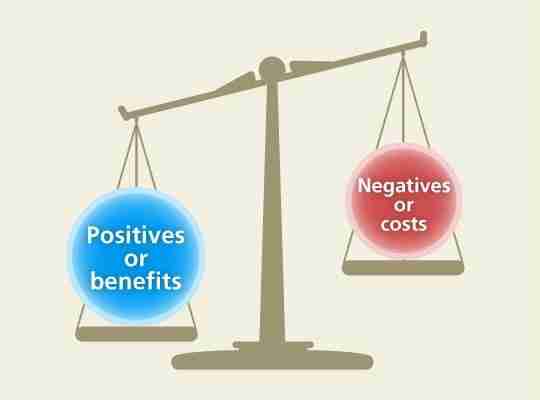 Survey respondents weigh up the benefits and costs to them when deciding to respond to a survey request.

One of the simplest ways to increase response rates is to highlight the potential benefits of doing the survey. This can be harder than it sounds. For example, what are the benefits of responding to a survey on public transport if you don’t use a bus or the route doesn’t go to your home or work? This is where explaining why you are doing the survey and how/what the data is going to be used for comes in handy. In the case above you could explain that the information will be used to measure demand for new bus routes.

When responding to a survey, part of the exchange is personal information about the respondent. There’s a limit on how much information the respondent is willing to provide before the cost is too high. Best practice is to minimise the collection of personal data and only ask relevant questions. It can be tempting to add a question because the data might be useful later but this is a breach of trust. Any breach of trust may impact future response rates and impact on the image of the wider survey research sector. The lack of trust because of rouge surveys is an on-going issue.

When designing a survey, look at ways of reducing the cost to respondents. The effort of responding to a survey is weighed up against potential benefits. We have already talked about time and complexity of the survey in Part 1. When surveys are designed, a lot of thought goes into what data is needed and the best way to collect it but little thought goes into the experience of the respondent. Some design tips include:

Make it relevant to them

Some of the common reasons people don’t respond to surveys is that:

Everyone’s opinion is important and counts

When designing a survey, you should make it relevant to them. We have already talked about highlighting the potential benefits to the respondent above. It gets trickier when the topics are wastewater management, recycling programs or addressing coastal erosion. A survey won’t be relevant to everyone, however, you can make a general appeal based on altruism.

One way of getting around the issue of respondents feeling that “they aren’t the right person to ask” or “they can’t add any information of value” is basing the survey and questions in real life. Design questions they can answer from their own life experiences. You would be surprised at the experiences and opinions people have on a vast range of topics.

It is very important to make it clear that you want to know what respondents think and that you value their opinions. One of the issues of engagement surveys is the perception that the surveys are conducted just as part of a process and the results of the survey don’t matter. An even more concerning perception is that surveys are biased. These perceptions can be changed over time as you build trust with the respondents by listening to and valuing their opinions.

There’s a lot of research into incentives and their impact on response rates. Incentives can get complex when you start getting into the area of lottery draws or financial rewards. A token can be as simple as including a thank you page at the end of the survey, access to live results or closing the loop with respondents.

Humans are inquisitive beings and are often interested in others thoughts and views and how they compare. One way to satisfy this inquisitiveness and provide a token of appreciation is by including a link to live survey results on the thank you page.

Have you ever participated in a survey and wondered what the results were or what actions were taken as a result? Closing the loop with respondents is another effective way of showing your appreciation. This can be as simple as sending an email with the final results of the survey, a link to a report of the results or any action taken based on the survey results. If you have not collected contact details you can add a question at the end of the survey asking if they wish to be kept informed.

Remember you are never going to get a 100% response rate, in fact, the average response rate for surveys is 33%. Hopefully, these tips will help you to increase your response rate.